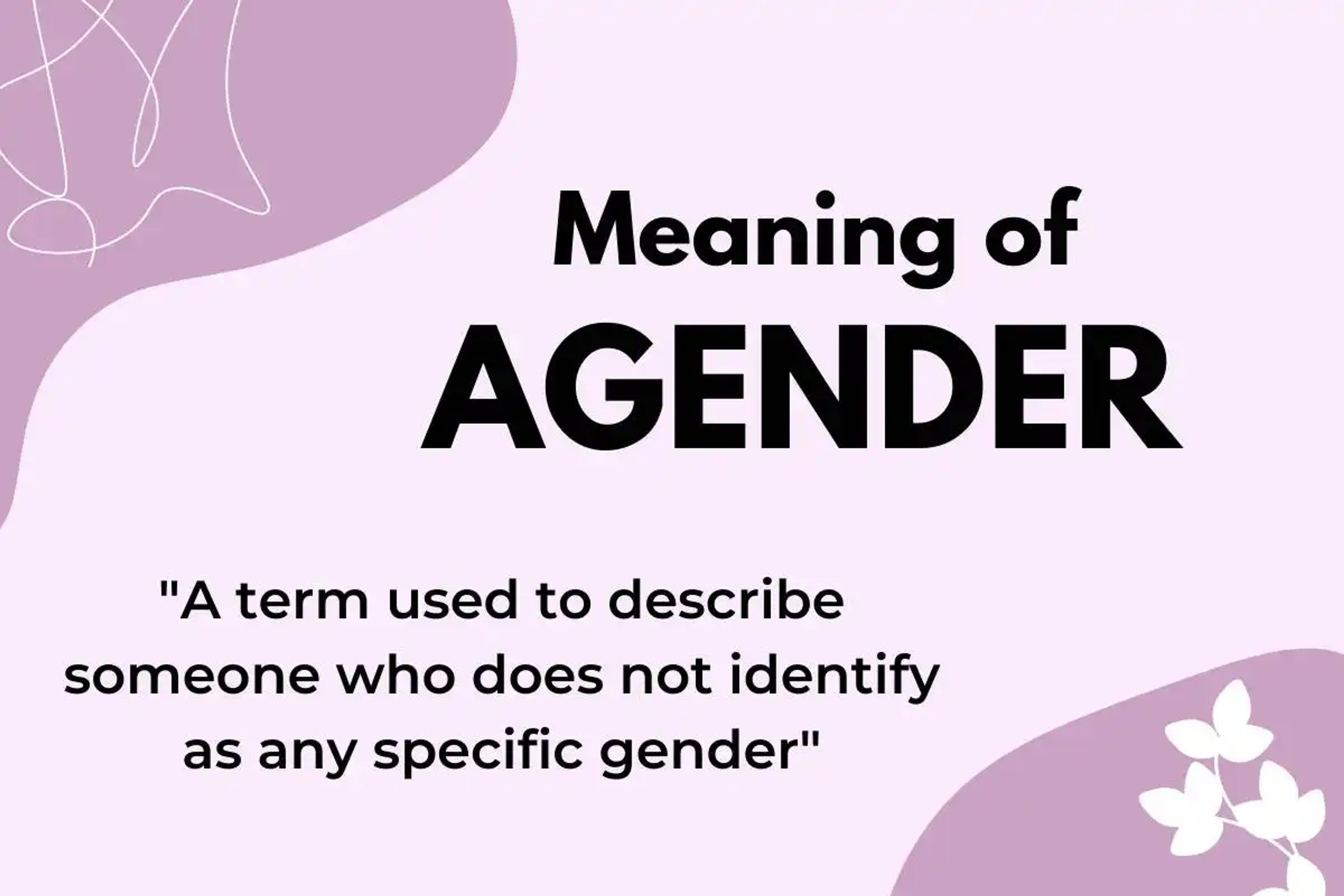 In the simplest terms, agender is a term used to describe someone who does not identify as any specific gender. It can also be used to describe a person who identifies outside of the two binary genders (male and female). Agender individuals do not have a strong sense of gender identity within themselves.

An agender person may feel that they are both male and female or neither male nor female or that they fluctuate between different identities. They may use neutral pronouns such as "they" instead of he/she when referring to themselves. In Western cultures, people often assume that everyone's either male or female and if you're not one then you must be the other.

What gender expression do agender bigender people have?

Agender people are not limited to just one gender expression. There is no "agender look." This is because an agender person can have any body type, style of dress, haircut, etc. Some agender people might want to change their name and their pronouns; others might not want to do these things. Agender people often do not have a strong sense of gender identity that aligns with either male or female. As such, the way they dress is quite variable.

What are some issues that agender people face?

One major issue that agender individuals might face is dealing with the lack of acceptance from society. Oftentimes, society sets up rigid expectations for what it means to be male or female, which leaves little room for those who don't identify within these categories. Agender individuals must also deal with internalized shame about not fitting into our society's standard gender norms.

What sexuality do agender people have?

The term "agender" refers to someone who does not identify with any gender. Agender people could have any sexuality and it should not be confused with asexuality, which is defined as a lack of sexual attraction or desire (in people).

Famous people that identify as agender

While there aren't many public agender figures, some celebrities have come out as agendered, including rapper Angel Haze and teen YouTuber Jamie Raines.

Angel Haze is a rapper, singer, and songwriter from New York who identifies as a pansexual agender person and uses the pronoun "they". In an interview, they said, "I'm glad there's an actual woman of color representing queerness and pansexuality, someone who is like me in the spotlight."

Jamie Raines is an agender person that identifies as queer and pansexual. They created their YouTube channel, Jammidodger in 2011, to share their transition with the world. "I am agender which means I do not identify with any gender. My pronouns are they/them" said Jamie in one of their videos.

Salem X/"Ska" designed the agender flag, which has seven horizontal stripes with alternating colors (black, grey, white, green, white, grey, black). The absence of gender is symbolized by both black and white. Grey represents a semi-genderless person. Because green is the inverse of purple, it symbolizes nonbinary gender.