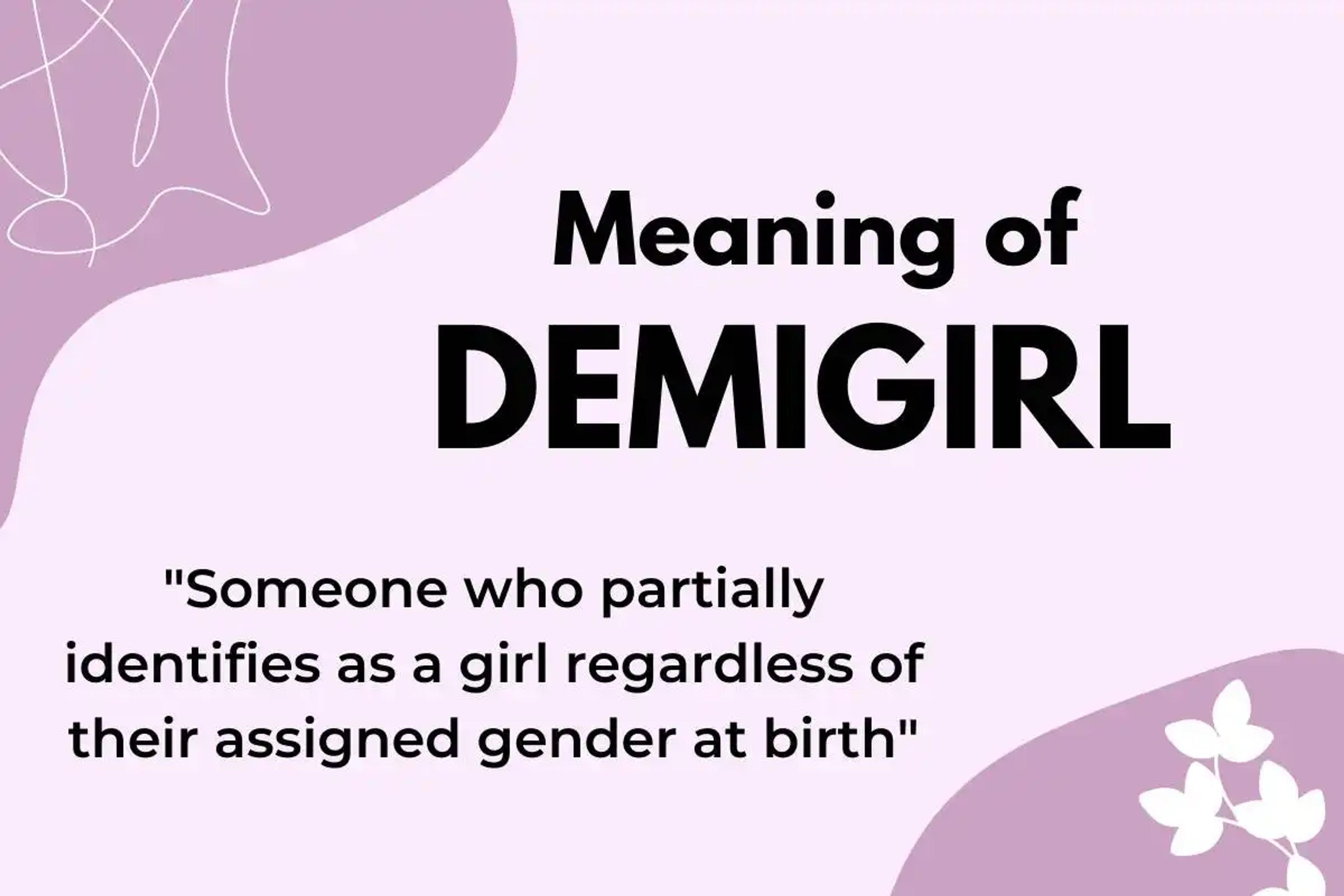 A demigirl is a term to describe someone who identifies as partially female and partially male. It's a gender identity that falls between man and woman on the spectrum. In this blog post, we'll explore what it means to be a demigirl from different perspectives, talk about the demigirl pride flag and give you a few tips on how to be a better ally.

A demigirl is someone who identifies as a woman, girl, or otherwise feminine to some degree, regardless of whether they were assigned female at birth. What's interesting about identify as a demigirl is that you get to decide what your identity means for yourself. There isn't one specific definition of what it means to be a demigirl.

Some people view being a demigirl as a transitional gender identity, something that they may move in and out of throughout their life. Others see it as a permanent identity that is just as valid as any other gender identities. Demigirls can also identify as transgender, nonbinary, or gender fluid. The meaning of what it means to be a demigirl can change day-to-day. While there is no specific dysphoria condition related to being a demigirl, many demigirls, just like others coming to terms with their gender identity, may experience gender dysphoria.

For example, some people use "demi" as an abbreviation of their sexual orientation or what types of clothing they prefer to wear. Demis might prefer to wear skirts and dresses, or they might like to shop in the men's section. There is no one way to be a demigirl!

Being a demigirl is about feeling comfortable in your own skin and being true to yourself. There is no right or wrong way to do this, so be accepting of everyone's individual journey!

There are no set demigirl pronouns, as you can identify in many different ways. You could use she/her/hers, he/him/his, they/them/theirs, or any other pronouns that feel comfortable for you. It's important to use pronouns that feel right for you and make you feel seen and heard.

If you're an ally and not sure what pronouns to use, it might be helpful to ask the person what they prefer. Most people will be happy to help you out!

Tell me the origin of demigirl?

Demigirl is a genderqueer identity that surfaces by at least 2014. It was launched on the social networking site Tumblr, which is known for its gender-diverse community and lexicon. Demigirl comes from "demi" meaning half in french. The male contra party is demiboy.

Is there a demigirl pride flag?

Many queer identities have their LGBTQ flag to symbolize them. The demigirl pride flag was designed to represent gender neutrality, which is a significant aspect of being a demigirl.

The demigirl flag is a beautiful symbol of pride and diversity. The pink stripes are a feminine indicator, while the other hues (shades of gray) represent the possibility of additional genders rather than just two on the binary spectrum. The white signifies the gender's neutrality.

What is the meaning of demigirl pride day?

Demigirl pride day is an important day to celebrate the existence of demigirls and to bring awareness to the issues that they face. It's a time to come together and show strength in the face of adversity. On demigirl pride day, it's important to wear your demigirl flag with pride and to stand up for what you believe in.

When is the demigirl pride day?

So, make a note of your calendar and plan something wonderful for June 21st, which is known as Demigirl Pride Day!

There's not an actual list of what type of name you can choose if you're a demi girl! Some demigirls go by they/them pronouns and choose to take on a gender-neutral name. Some choose a gender-neutral name with a feminine touch. There are endless possibilities when it comes to what you want to call yourself, so be creative and find what feels best for you.

If you are supporting a Demigirl, what is the best way to go about it?

Demigirls are individuals who identify as partially male and partially female. They can identify as anything between man and woman on the spectrum. This type of identity is often quite fluid and changes over time based on what they feel their gender identities to be.

Queer people have fought hard for the right to claim labels and identities that represent them. It's important to respect what labels someone prefers so that they can express what they feel comfortable with.

Being a demigirl means that you get to identify however you want and that there is no one way to do this. Your assigned gender at birth does not matter. You can be feminine, masculine, or anything in between! There is no right or wrong answer – what matters most is how you feel inside. Be proud of who you are and never let anyone tell you that you're not good enough. We need more allies in the world who are willing to stand up for what's right, so thank you for being one of them!