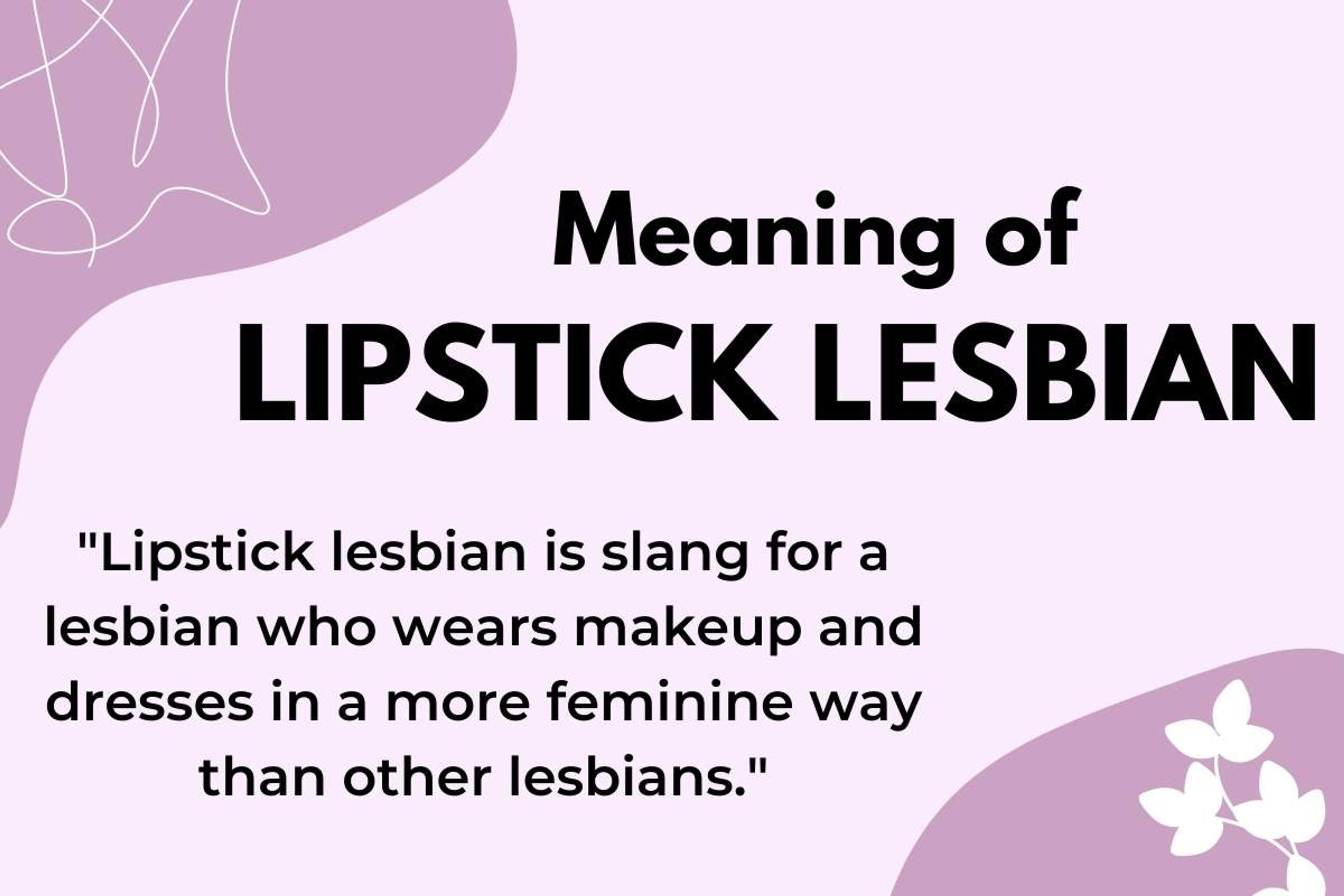 The term “lipstick lesbian” is typically used to describe a woman who identifies as a lesbian and dresses in a feminine manner, including wearing make-up, skirts or high heels.

In this blog post, we'll explore what a "lipstick lesbian" is, how they differ from other lesbians, how the term has been used negatively and take a look at the lipstick lesbian pride flag.

What is a "lipstick lesbian"?

A lipstick lesbian is typically a woman who identifies as a lesbian, but who also wears makeup and dresses in a more feminine way than other lesbians.

Lipstick lesbians are not necessarily more interested in fashion or makeup than other lesbians, but they tend to express their femininity in a more traditionally feminine way. This may be due to cultural pressure to conform to traditional gender norms, or it may simply be a personal preference. Whatever the reason, lipstick feminine lesbians are an important part of the LGBTQIA+ community.

There are no definitive rules about what it means to be a lipstick lesbian, as each person's experience is unique. However, if you identify as a lipstick lesbian, you can be sure that you are not alone. There are many other feminine women out there who share your identity.

“Lipstick lesbian” is sometimes used in a negative way

The term “lipstick lesbian” is sometimes used negatively, to describe a feminine lesbian who is seen as trying to pass as a heterosexual woman. This is because of the stereotype that all lesbians are masculine-looking or butch lesbians. However, this is not the case for all lipstick lesbians, as many simply enjoy dressing in a feminine way and do not have any desire to pass as straight.

Who typically identifies as a "lipstick lesbian"?

There is no one type of person who typically identifies as a lipstick lesbian. They come from all walks of life and can be of any age, race, or ethnicity. What they all have in common is that they identify as lesbian and also express their femininity in a more traditionally feminine way.

This flag design was accused of plagiarism, which appeared to be eerily similar to the Cougar pride flag created by Fausto Fernos in 2008.

Ms. McCray was also accused of holding transphobic and intolerant views, and her flag design was quickly abandoned by the majority of people in the queer community.

The meaning behind the colors in the flag was never explained.

There is no one right way to be a lesbian. Lipstick lesbians are just one type of lesbian out there. If you're comfortable dressing in a more feminine way and wearing makeup, then you may be a lipstick lesbian. However, if you prefer to dress in a more masculine way or don't wear makeup, that's perfectly okay too. There is no correct way to be a lesbian, so just be yourself and be comfortable in your own skin.